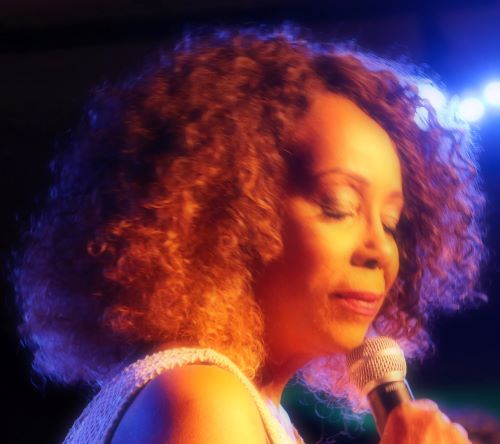 × On the heels of her two sold out WMNF Tribute to Aretha Franklin shows last fall, her “Sweet Nancy: A Toast to Nancy Wilson” performance last March and “Last Dance: A Tribute to Donna Summer" in May, musical showcase producer and jazz/R&B/soul song stylist Katt Hefner will be presenting another new legends tribute concert in July at Manatee Performing Arts Center, paying homage to the rich melodic legacy of R&B/Pop icon Natalie Cole. "Sophisticated Lady: The Songbook of Natalie Cole," written and produced by Hefner, will be presented on Saturday evening, July 13, at Manatee Performing Arts Center’s Stone Hall. During this special tribute evening, Katt will be performing many of Cole’s most loved songs, accompanied by a full big band sound including some of the Tampa Bay area’s most respected players. In addition, Hefner’s daughter Dana Merriwether, an accomplished vocalist in her own right, will also be featured in the show, appearing as Natalie in her early years. Cole’s career spanned several decades and genres from R&B to pop, including her eternally popular tunes This Will Be, Sophisticated Lady, I've Got Love on My Mind, Our Love and Pink Cadillac. Her greatest success was her "Unforgettable... with Love" album, featuring songs originally made popular by her father Nat King Cole, which sold over seven million copies and garnered several Grammy awards. Katt Hefner is considered by many to be one of today’s international sirens to be watched. Her credits include musicals, television, movies, records and concerts that span the world, including the renowned Jazz in the Heritage Gardens festival in Moscow, the Clearwater Jazz Holiday, Sarasota Jazz Festival, Ringling International Art Festival’s Jazz by the Bay and at many regional jazz clubs throughout the country.

Buy To This Event Directions

You may purchase tickets by phone, in person at the Ticket Office or online.

Subscribe to our email newsletter to stay up to date with the latest shows!

By signing up for our newsletter you are granting the Manatee Performing Arts Center permission to email you. You can revoke permission at any time using the SafeUnsubscribe® link, found at the bottom of every email. We take your privacy seriously (to see for yourself, please read the Email Privacy Policy). Emails are serviced by Constant Contact.

A 501 (C) (3) not-for-profit corporation. Events, dates, times, performers & prices subject to change without notice. A COPY OF THE OFFICIAL REGISTRATION AND FINANCIAL INFORMATION MAY BE OBTAINED FROM THE DIVISION OF CONSUMER SERVICES BY CALLING TOLL-FREE 1-800-435-7352 WITHIN THE STATE. REGISTRATION DOES NOT IMPLY ENDORSEMENT, APPROVAL, OR RECOMMENDATION BY THE STATE. Please write us if you wish to have your name removed from the list to receive fund raising questions supporting The Manatee Players, Inc. in the future. © The Manatee Players, Inc. (SC# 1487538)